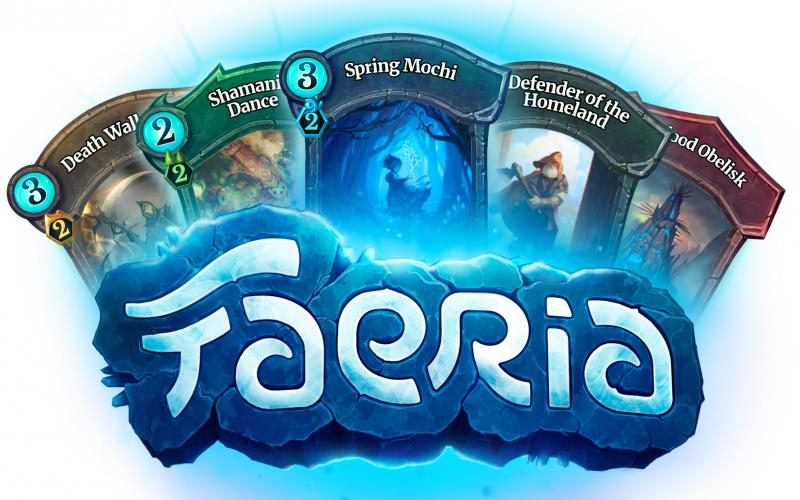 Well what do we have here? Would you look at that, it’s another free card game freshly out of Early Access! If you’ve been active on the PC gaming scene lately, there must be at least two dozen card games available on the market. So, why would I take my time and review this one? It’s always the same answer for me: They tried to be different.

Faeria is a unique game because of its base mechanic. It is a tactical board tiles managing card game. The format looks like Duelyst, if you ever played, meaning you’ll manage minions and spells, summoned with mana, called faeria, on a board you create. Each turn, you can create land tiles on the board that represent the color of your deck, while most cards require a set amount of land to summon them and minions of matching colors can only be summoned on their respective land tiles. You can see them as lands in Magic: The Gathering, but used to create a board for your creatures to walk on, farm extra faeria pools, get to other creatures and the enemy hero. And the best of it all, it works and offer unique gameplays every match.

Faeria has several and typical modes: Solo, Pandora and Battles. 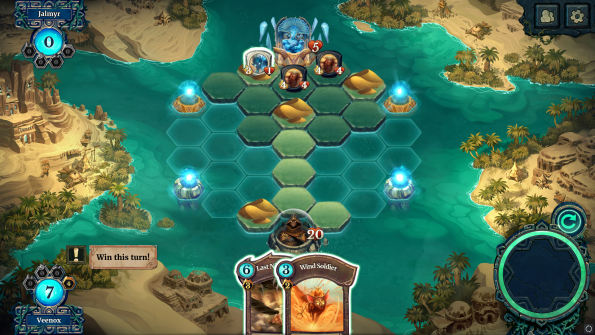 Solo mode is as you would guess, playing against an AI. There’s at least 10 hours of content, including tutorials, regular battles, epic battles with special rules and puzzles. The latter is in my opinion the best solo experience and my favorite aspect of the whole game. Puzzles are a fixed setup of board tiles, summoned creatures and cards. You must defeat the enemy hero in one turn with the tools you’re given. It’s used as a tutorial on learning how to play and tweaking your playstyle to create an opportunity where you would think there’s none. Completing a challenging puzzle is so, so satisfying and you’ll be rewarded for it. Once you’re done with most of the solo content, you’ll reach your first paywall, the dreaded word for every free to play games. Some solo contents become locked and you must pay game currency to access them. At least they still give rewards and count for solo quests.  Lacking gold to go on, you’ll probably jump on the next content: Pandora. 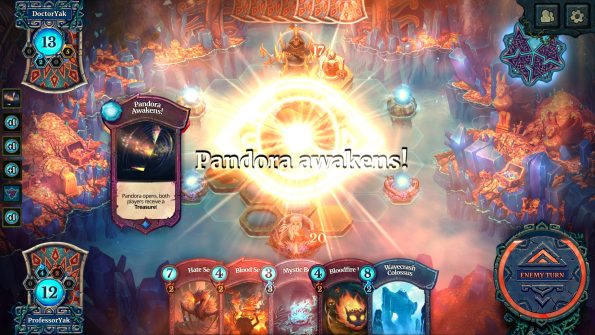 Pandora is the original name in Faeria for what we know as a Booster Draft, or Arena if you’re used to Hearthstone. Here again, there are several twists other games don’t offer. During your draft, you’ll be locked from one of the colors available and you’ll have to decide which colors you want to play. Most of the time, it’s better to aim for a two-color deck, since you might get very poor choices from only one color and manage too much land for tree-color decks. You’ll always get to pick 3 Relics, Unique card for Pandora, that play a key role in the game mode. During a match, when a card is drawn, there’s a chance to find a Pandora card, and after 5 of these cards are revealed, relics you’ve drafted will be added to your deck, faeria pools are emptied and both players will receive 3 extra mana each turn. The relics are powerful enough to turn the game around and offer a nice change from the regular gameplay. In Pandora mode, you have the nice addition to get a free miniature run once a day and if you manage to get 3 Wins, the possible maximum, you’ll get a third of a real Pandora coin, token for a full run that are only available if you buy them with gold. It is a nice addition if you are looking for a free to play way to do some Booster Drafting, which other competing games often don’t offer. It’s worth noting that full runs get you ranks that give you rewards at the end of the season. 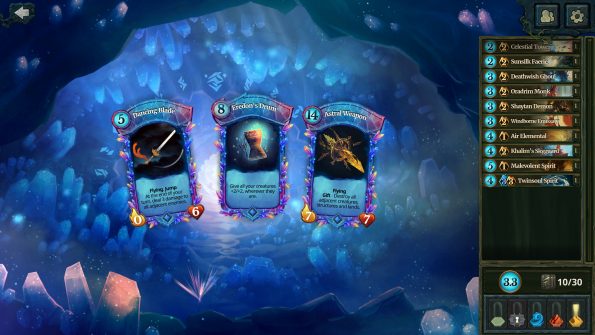 After all this excitement, there’s the PvP Battles, either casual matches or ranked. Nothing spectacular here if you played other card games, meaning you’ll get rewarded for high rankings and you’ll have to muster against popular decks everyone uses, that tend to be mainly aggressive or struggling to control and survive the early aggression. At one point, you’ll face the usual paywall confronting players with better cards and even the best of strategies is not going to be enough. At least the tile placement is truly skill based, because even with the best cards, if you don’t control your placements, you’ll lose matches. 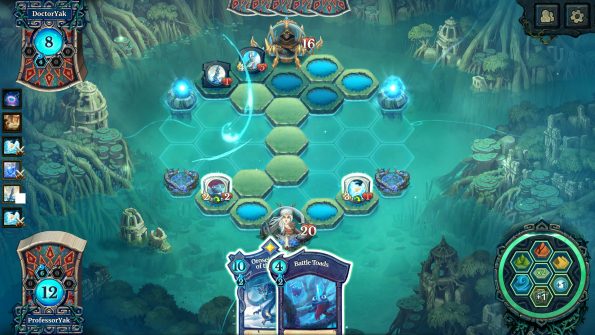 Aside game modes, Faeria is lacking an actual lore. There’s these characters representing colors, which seems to be an important part of the game, but are nothing more than buyable cosmetics you can add to your decks to make you look more special. The visual aspect of the game is very bland too. Compared to its competitor, Duelyst, it totally lacks the charm of unique character designs and an explained confrontation context. The cards’ art in Faeria are beautiful, but when you play them on the board, they’re just a small round token with a small part of the original picture. The music and sound effects do the job, but they’re not noticeable in the end.

Taking everything into account, Faeria is a fun game because its base mechanics feel fresh and add more strategies as a board building card game. The game lets you enjoy Booster Draft for free and the solo experience is solid. The first 10 hours will shower you with card packs and currency, which is highly appreciated. So, if you like card games and you’re into tile managing board games, you need to give Faeria a try. Best of all, it’s “free”! Unless, if just like me, you think your time is worth money, it’s definitely expensive. The game is a very specific genre that could need a complete overhaul to become more than what the market offers. Therefore, I give Faeria a respectful: